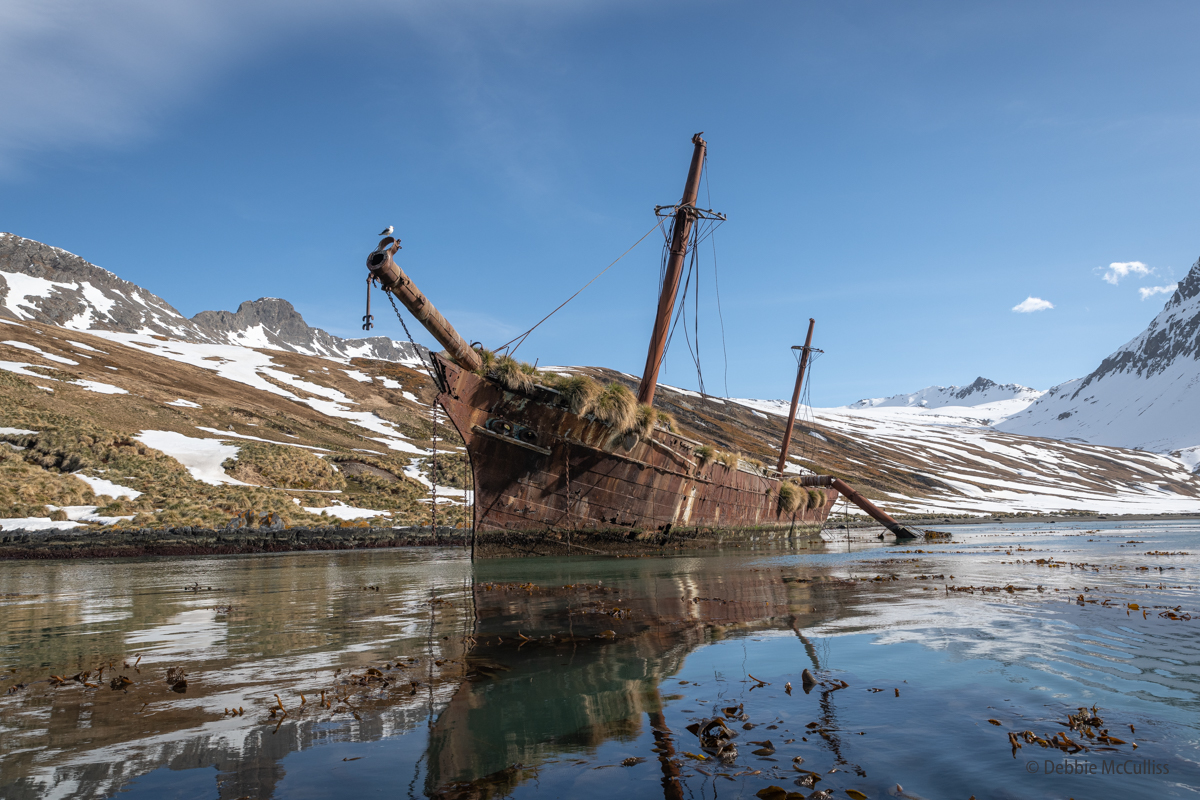 The Bayard is the most notable relic on Ocean Harbor. It is a three-masted, iron-hulled sailing ship that was used a coal ship for a whaling station initially known as New Fortuna Bay that opened in 1909. The ship was built in Liverpool in 1864 and grounded after high winds tore the 1300 ton ship apart sweeping it across the harbor.